The First Lowering of the Boats

As depicted in the centre of this etching, Ahab ceremoniously nailed a gold doubloon to the main-mast as a future reward for the first crew-member who spots Moby Dick. This made clear that the voyage was motivated by Ahab’s personal vengeance. He sought revenge on the monster that shattered his leg during their previous encounter.

In the crow’s nest

The exposure to the sun and the constant rolling on the waves make the look-out in the crow’s nest sensitive to visions and wonderful dreams. Melville compares the mast-head, depicted in the background by Reuvers, with a pillar like the pillar of Saint Simeon Stylites, the statue of Napoleon on the column in the Place Vendôme, or the statue of Nelson on the column in Dublin, seen here at the top right.

The map, the oarsmen and even more whales

In the centre of the background, a red map charts the routes that the whales travel in the course of the seasons. Also in red, we see to the left Ahab’s whaleboat and a black-and-white engraving of his oarsmen. At the top, there are two whales: the one to the left is the contour of a sperm whale from a manual for whaler captains, while the one to the right is a baleen whale. Underneath Nelson’s column, we see an image from the Encyclopédie Larousse by the eighteenth-century naturalist Cuvier. Melville mentions Cuvier in a chapter where he pays extensive attention to the bloodthirstiness of whales, which people used to attribute to them. 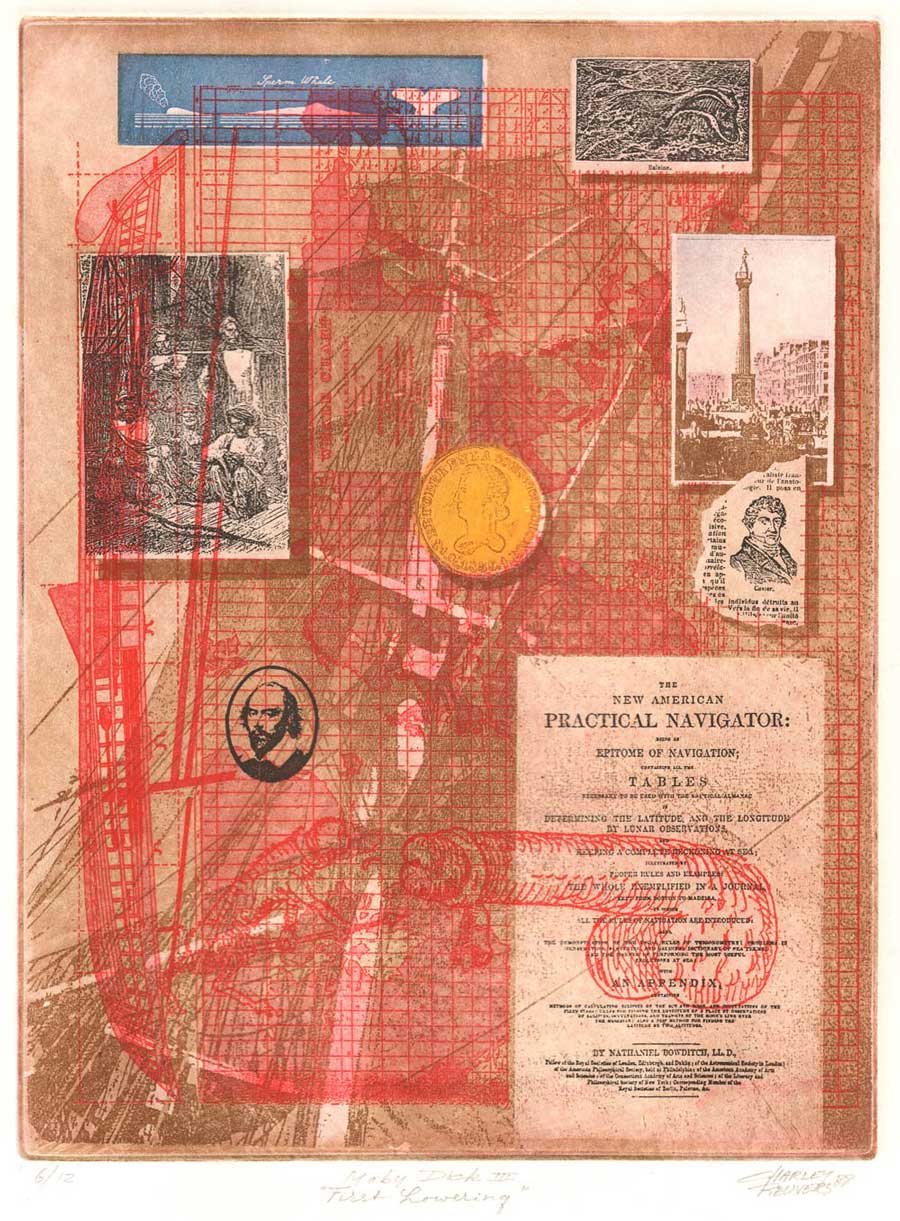 The small portrait of Shakespeare, to the bottom left of the doubloon, refers to the immense influence of the Bard on Melville’s language, which is sometimes illustrated with a literal quote, ‘The deed is done’. The red penis, across the title page of a historical handbook on navigation, is the blade of an Austrian sword from the eighteenth century; it is decorated with small peckers chasing a big cock. Quintessentially, this is Moby Dick in a nut shell.